Raja Wynne proudly displaying the cucumber crop in the greenhouse

This project arose out of the Parliaments for World Peace in the MIU, Fairfield, and Maharishi Vedic City communities when Maharishi asked everyone to think of how to support expansion of the coherence-creating community to 8,000. There were many suggestions—businesses, call centers, etc. But Dean Goodale suggested greenhouses and Maharishi pounced on that idea. It became a major focus of Raja Wynne and Maureen’s lives for the next 15 years.

First, they located a 160-acre parcel of organic land a few miles north of Maharishi Vedic City that was for sale at auction. Raja Wynne successfully bid for the land, then scrambled to raise the funding for it through bonds, bank loans, and bridge financing.

The first greenhouse, a small hoop house of 2,880 square feet, was built in the autumn of 2003. During the winter and spring, the first part of a large gutter-connected greenhouse was built that eventually became 77,760 square feet after an expansion 2 years later. MIU also built a 43,200 square foot greenhouse on MWPVO’s land that was acquired by MWPVO in 2014. Ultimately the operation had 123,840 square feet of greenhouses plus outdoor vegetable fields.

The greenhouse project continued until the Vedic Pandit program ended in November 2018.  Desiring to keep the greenhouses as an important community asset, Jim and Melanie Shaefer (Soil Technologies), through their company Akshaya International, acquired the greenhouses in 2019 and worked with Jorge Alva Diaz (Jorge’s Organics) to continue providing the highest quality organic produce to the community. 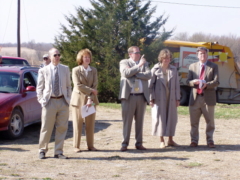 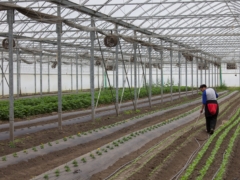 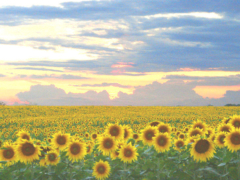 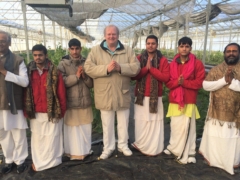 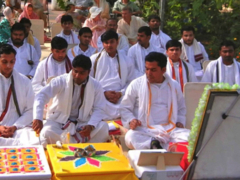 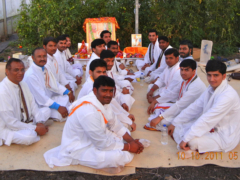 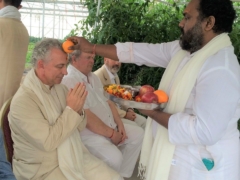 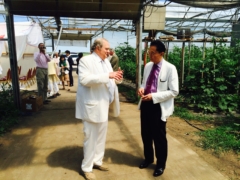 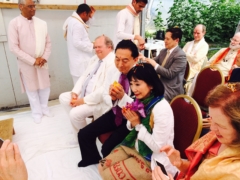 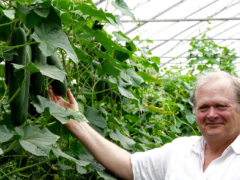