On Raja Wynne’s birthday in December 2002, Maharishi began to speak of sending a large group of Maharishi Vedic Pandits to Maharishi Vedic City. Maharishi had worked since the early 1980s developing education in India to systematically train the children of traditional Vedic families in Vedic Recitation, grounded in development of consciousness through the practice of the Transcendental Meditation program and its advanced techniques. The institutions he founded throughout India have trained tens of thousands of young Vedic Pandits and continue to nourish India in this way. Sending a large group of mature Vedic Pandits out of their home country to Maharishi Vedic City was an historic contribution by Maharishi to create what he called an “Invincible America.”

Over the coming months, a 202-acre site was identified for a campus and modular buildings were designed for an initial group of 500 Maharishi Vedic Pandits. Funding was achieved in the spring of 2004 and construction began.

When Maharishi began the Invincible America Assembly in July 2006, inspiring everyone to form a big group in the Golden Domes at MIU, and also sending the Mother Divine and Purusha groups, he then sent the first group of Maharishi Vedic Pandits in October 2006.

Because of concerns among the Pandits’ parents about the war in Iraq, the Vedic Pandits had not come immediately when the first campus was ready (subsequently this campus became the home of Mother Divine in June 2006). Raja Wynne and MIU Legal Counsel Bill Goldstein continued to work toward the Vedic Pandits coming to America.

Bill Goldstein, MIU Legal Counsel and Dean
“As you may know, but others do not and should, I think Raja Wynne and myself were the only ones in the universe who believed that the Pandit project would ever be realized. Raja Wynne’s persistence, optimism, support, and inspiration kept me going and pushed me past the naysayers for those four long years on the project, with innumerable no’s from all the different sectors seemingly lined up to thwart it in succession: the State Department, the Pandit families, the Passport office, etc. I would have given up rather quickly if it were not for Raja Wynne’s enlightened leadership.

“It happened despite this and all logic because of Raja Wynne’s Sattwa (purity) that drove his powerful focus. The angels and devas could not resist this charmer as you could not either some 40 years ago. The world and the US will always be indebted to him. I am.”

Girish Chandra Varma, India
“I have very good memories working with him in 1983, 1984, 1987, all years in Holland, 1993-95, when we planned the launch of Maharishi Institutes of Management and the American MBA program; in 2000 and 2006, when many Rajas and other leaders visited the Brahmasthan of India and 2011 during my visit to Maharishi Vedic City with a small group of educators. I also remember his visits to Delhi, Bhopal, Lucknow, and Allahabad in the summer with 45 degrees Celsius temperature. No one else would do this. So many calls with him and Jefferson Aikens related to the Maharishi Vedic Pandits program in early morning and late night.”

Raja Wynne became the Raja of Vedic America for the 10-state region including Iowa and extending from Minnesota and Wisconsin to Texas.

Governor Recertification Course Spring 2005
In 2005 the Vedic Scholar campus that Raja Wynne had organized and built in Maharishi Vedic City was used for the First Governor Recertification course. The course was led by Maharishi with Raja Wynne as MC. Over 350 people attended the course, packing the 44 buildings on the campus and filling a large tent where meetings were held. For many Governors this course was the first time they were connected with Maharishi directly in years and it was deeply rewarding. The campus was then used for a Teacher Training course.

US Brahmasthan near Smith Center, Kansas
In the spring of 2006, Maharishi recommended that the Global Country of World Peace acquire land in the Brahmasthan of America (center of the country) near Smith Center, Kansas. Raja Wynne asked a Governor attorney to help, the first site was acquired, and a grand celebration was held with more than 30 representatives of the international Movement.

In subsequent large gatherings in Kansas, Raja Wynne led acquisition of the current site, the “Yenne land.” The owner Mr. Yenne had spent his life terracing the land in a perfect E and NE direction. He acquired extensive water rights (there is a lake in the NE of the property) and many wells, all of which made the property a perfect location for a Vastu campus. This became the permanent Brahmasthan of America site. Dr. Eike Hartmann worked with Maharishi to design the campus of Maharishi Central University. One of the buildings has been completed and is used for courses, and many others partially completed.

Initially the Vedic Pandits were housed at MIU because by this time the campus originally built for them had become the home of the Mother Divine program. Immediately Raja Wynne began building a new 240-acre campus for the Maharishi Vedic Pandits which they first occupied in April 2007. Construction to expand the campus continued through 2008.

With their peace-creating Maharishi Yagya performances and their collective practice of the Transcendental Meditation and TM-Sidhi programs, including Yogic Flying, they became a powerful force for national harmony. They helped increase the total size of the US coherence-creating group to more than 2,000, even to 2,500 for a period. The result was a dramatic and widespread increase in quality of life for the whole country, with significant reductions in the US homicide rate, traffic fatalities, accidental deaths, drug-related deaths (including opioid fatalities), violent crime, and infant mortality. The Maharishi Vedic Pandits helped transform the nation and contribute to the most powerful body of research thus far on the Maharishi Effect.

As the Mayor of Maharishi Vedic City, Raja Wynne participated as the presiding dignitary at the Lord Jagganath festival. In the Indian State of Orissa, where the festival is one of the most important in the Vedic calendar, the dignitary who leads the procession traditionally does so on horseback. 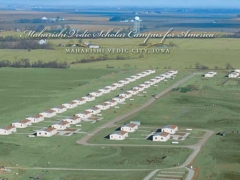 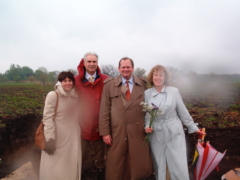 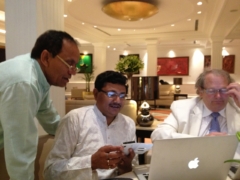 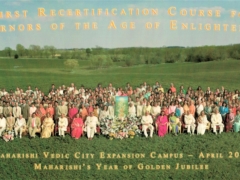 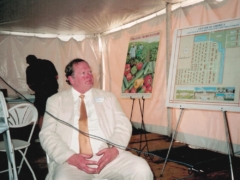 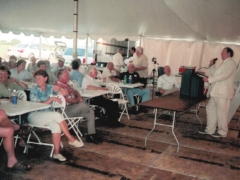 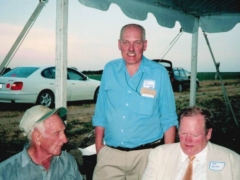 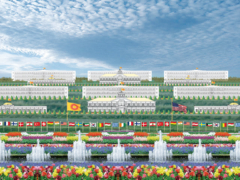 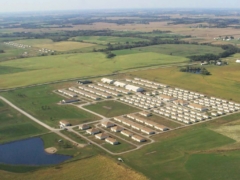 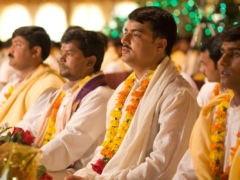 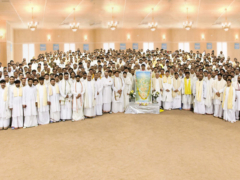 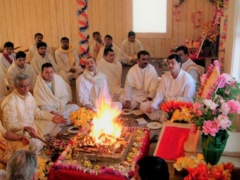 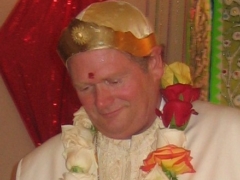 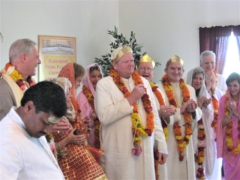 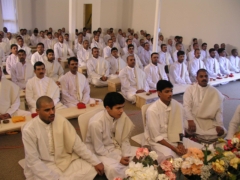 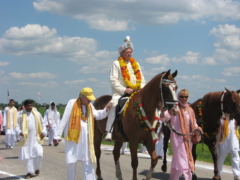 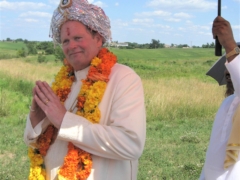 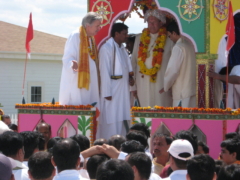 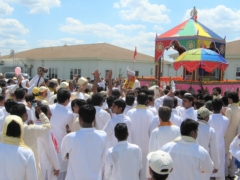