In 1997, Raja Wynne and Maureen worked with Maharishi to establish Maharishi Global Development Fund, the initial purpose of which was to reconstruct the world according to Vastu. They worked with a top tax lawyer in Washington, DC, formerly with the non-profit division of the IRS, and with his expertise and guidance MGDF’s 501(c)(3) status was approved by the IRS almost immediately.

Just after Labor Day in September 1997, Maharishi asked Raja Wynne and Maureen to go to New York City for financial meetings for MGDF. It was supposed to be only for one day. The Wynnes told everyone on Mandala Two that they would be back the next week. Raja Wynne and Maureen were in New York with MGDF for the following two and a half years working every day with Maharishi and many times going to Holland to meet with him and with all the leaders of the Movement there.

Maharishi tried every angle to raise financing for the Movement through MGDF—currencies, bonds, etc. He had them meet many times with rating agencies Moody’s and Standard & Poor’s to tell them that they should rate MGDF “triple A plus.” He organized a wonderful team to work with the Wynnes including Eric and Sally Rosenfeld, David and Helen Ederer, the Shrivastavas from India, and Jennine Fellmer. They worked night and day trying every angle. Maharishi did not want people who were experts in investment banking on the team because he wanted them to try his ideas. He described the team as “swimming cats,” saying that cats don’t like to swim but they can. He had them work with a major public relations firm to rebuild New York City according to Vastu and to build what he called “the tallest building of our world” in New York. He placed ads in major newspapers. The Wynnes and their team held many meetings and events to draw attention to the plan.

One of the major challenges of being in New York City was the lack of Vastu—a key requirement of which is proper building orientation. The city grid was 28 degrees off of true north-south-east-west, up to 32 degrees off in some places. The Wynnes spent months on a lease with the Port Authority for space in the World Trade Center (32 degrees off of true N-S-E-W). When Maharishi saw the suite design, he abandoned plans for the lease and instead the Wynnes continued to keep a space in an executive office rental on the 89th floor.

Maharishi said instead they would acquire a boat and “float on the boat” around Manhattan, holding meetings with investment bankers, lenders, and financial experts. Raja Wynne and the team acquired and renovated a yacht that Maharishi named Vedic America. He wanted the boat to have three floors where three meetings could be held simultaneously. So many people had never seen the city from the water. It was quite impressive.

Raja Paul and Susie Potter
“We admire and celebrate Raja Wynne for so naturally taking to heart Maharishi’s vision of heaven on earth, and making it his own vision.

And with your support, Maureen, for so genuinely delighting in applying his creativity and immense organizing power to practically achieve Maharishi’s unbounded initiatives.

It was inspiring to see how gracefully and fluently Raja Wynne adapted to adjust to new projects from Maharishi.

In addition to leading the way with the world’s first Maharishi Vedic City with its Maharishi Vedic Pandits, Vastu Peace Palaces, and Vedic Organic Agriculture greenhouses, Raja Wynne also led the way for the Maharishi Global Development Fund to establish the global financial capital of New York. It was a joy to see with what delight Raja Wynne solved the problem of Vastu in New York City by establishing its first office aboard the ship, Vedic America, in New York harbor, using it as an impressive venue for your financial meetings and for planning, including for the world’s tallest building in New York.

And through all of this dedicated accomplishment, ever shines Raja Wynne’s sweetness, kindness, and engaging sense of humor. Raja Wynne’s softness and compassion and his golden heart were an absolute joy to all.”

Other Projects for Maharishi (1990s)

England and Scotland – Helicopters
Maharishi was very interested in small airplanes and helicopters at this time to be used especially in remote areas in India and Africa in delivering educational programs and overseeing projects. Raja Wynne and Maureen were sent to a helicopter show near London at a time when Maharishi had limited Movement activities in the UK, and they also went to Inverness with the team working on the helicopter project before returning to MERU in Holland. The Wynnes also looked at single engine planes (like some Federal Express and very small commuter planes) to be used in India and Africa.

Uttar Kashi and Vastu Purusha Facilities
Raja Wynne traveled to India with architects Jon Lipman and Henry Clark to look at Movement land in Uttar Kashi. This was just before the Purusha arrived at their new facilities. Maharishi wanted to build more facilities in this precious place and was studying how to deal with sunrise delay. There was a site that was blocked by a high mountain and there was a discussion about cutting off the top of the mountain or having German engineers add mirrors that reflected the sun around the mountain onto the site. Raja Wynne would always tell the story of climbing up the mountain before dawn to see the sunrise delay (which Maharishi already knew well was an issue) and there being rumors of a tiger nearby.

Jon Lipman, Maharishi Vastu Architecture
“I recall that Maharishi invited Raja Wynne to go (and Maureen to accompany us as far as Europe) with I think one hour of warning, and in that time you packed and he had the presence of mind to find a vendor in Manhattan who could provide him with a cell phone that would operate in India, and that as the two of you sped in a taxi from the Financial Capital in New Jersey to Kennedy Airport, the driver was directed by Raja Wynne to pass a certain address in Manhattan, where Raja Wynne rolled down his window and the vendor tossed the phone and a receipt into the taxi, and you continued on to Kennedy without even stopping.

“And neither Henry Clark nor I had such presence of mind, and so it was only via that cell phone that our team was able to report to Maharishi every night and get his instructions for the following day’s activities.” 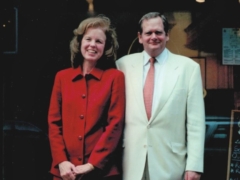 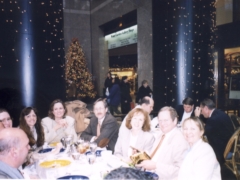 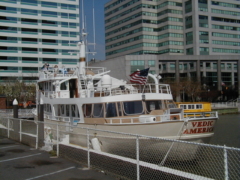 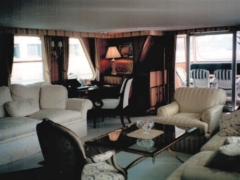 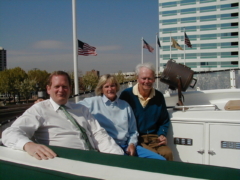 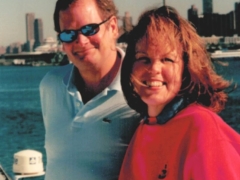 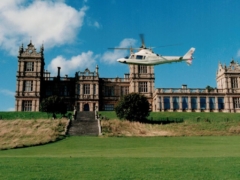 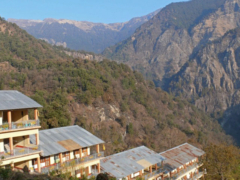