Inaugurating the Capital of the Global Country of World Peace, 2002

In the autumn of 2002, Maharishi asked that The Mansion be acquired as Maharaja’s Capital of the Global Country of World Peace and said that when it was acquired, Maharaja would visit. If it were not acquired, he would not visit! With the help of Raja Kingsley and Leslie Brooks and generous donors around the country, the money was raised to buy the building from its then owner, a well-wisher who had acquired it from USA Global Link. The fundraising was achieved, and the building acquired by MIU.

This was followed by the acquisition by Global Country of World Peace of 6 of the 10 mandalas, and sites for Peace Palaces and educational campuses around the US. 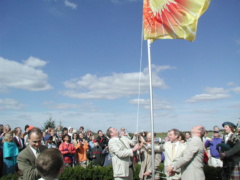 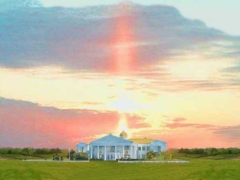